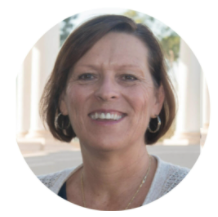 VCPUSD's Dual Language Program is an academic experience designed for students to develop stronger cognitive and academic skills through the development of on level bilingualism and bi-literacy. Through a rigorous curriculum, students who participate in the program are academically instructed in English and Spanish, from Pre-Kinder to 8th grade. As a result, students have the opportunity to master both languages and enhance their education by developing the ability to fluently speak, read, write, and think critically in English and Spanish, which allows them to compete successfully in a global economy.

What are the benefits for our Students?

Research has shown that students who receive Dual Language instruction can gain positive cognitive effects. When students develop literacy in two languages, their brain develops differently, in a positive way. Students who can fluently speak, read and write in two languages display greater mental flexibility and a greater ability to think abstractly and form concepts. Dual Language students also stand out academically to universities across the nation. Showing proficiency in two languages at a high academic level is attractive characteristic for college admissions. Since Spanish is the second most spoken language in the U.S. and third in the world, having on-level proficiency in Spanish also increases our student's workforce value and marketability.

How does the program work?

In a dual language immersion program, students are taught the same curriculum as their peers in English-only schools and are expected to meet the same state standards as all other students in the district. Students may only begin the Spanish dual language programs in transitional kindergarten through second grade and commit to remaining in the program through 8th grade. The Spanish program follows a 50:50 program model which refers to the language of instruction. In each grade level, 50% of the instruction is in English and the other 50% in Spanish.